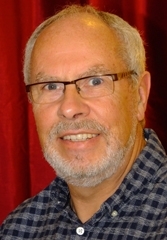 Paul was ordained as a minister of the United Reformed Church in 1981 after a short career as an Electrical and Electronics Engineer, working in the defence industry, and then training for ministry in Manchester. He served at Hertford URC until 1988 when he became minister of Derriford URC in Plymouth and Bere Alston United Church until 2003. During this time he studied for an MA in Evangelism Studies at Cliff College and also worked as an occasional Church Growth consultant for Bible Society. He then took up the part time role of Evangelism Enabler and Communications Officer for the South Western Synod of the URC, and alongside this, worked 2 days a week as a hospital chaplain at Derriford Hospital.

After 5 years in the synod work he was appointed as Deputy Manager of the Department of Pastoral and Spiritual Care at Derriford Hospital, becoming Lead Chaplain in 2013 until December 2017.

Paul enjoys various activities including photography, website design and travelling in his motorhome with his wife Linda. Together Paul and Linda also enjoy spending time with their children and 6 grandchildren who live in Cornwall and Devon. Paul’s background and ministry have always been amongst Christians from a wide variety of traditions and he currently worships at Hope Baptist Church in Plymouth but is soon to move to Willand, Cullompton.

Paul has a heart for mission in all its forms, and is also concerned to make the gospel message accessible to everyone, regardless of their background or knowledge. He is keen to avoid religious jargon but is also concerned that  Christians have a deep theological understanding that goes beyond simplistic thinking. He would rather people have questions which they can work out for themselves, than to be presented with “pat” answers. He longs to see the gospel worked out in the daily lives of Christians, whether that is in practical service or the use of words and witness. Above all he has a desire that ordinary people should encounter an extraordinary God.